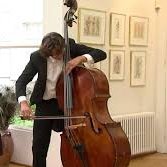 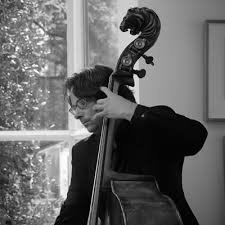 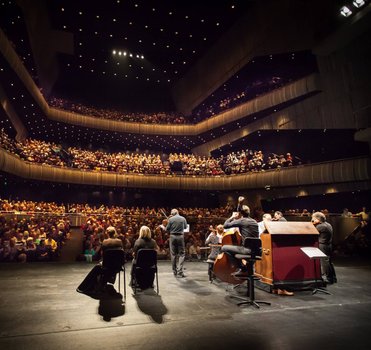 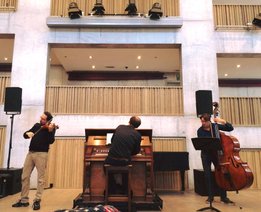 Born in Waregem on Dec 16 1965. Secondary studies at the  Sint Michielscollege iin Brasschaat and Kunsthumaniora Anwerpen. First prize at the Pro civitate contest in 1984. First Prize and higher diploma bass and chamber music with great distinction at the Conservatory of Brussels in the class of Maurice Aerts in 1990. Further studies

Professor at the Conservatory of Antwerp with graduate students since 1993 at the Rotterdam Philharmonic Orchestra(Jonathan Foquaert,Joost Maegerman), the Berlin Philharmonic, Bayerische Rundfunk(Wies de Bouvé) and the Concertgebouw Orchestra and several Belgium Orchestras.

Double bass teacher for Summer Masterclass at the Conservatory of Valencia between 2008 and 2010 and years master teacher at the Academy d'Eté de Wallonie in Libramont and still at the International Music Academy in Dinant.

Substitute sometimes as a leader with the Rotterdam Philharmonic Orchestra, the Philharmonic of Antwerp, Brussels Philharmonic and several other ensembles in Flanders and the Netherlands.

Chamber music with cello in the Bernardel duo Peter Devos and duo piano with Michael Boel.

Member of the Euterpe Baroque Ensemble since 2012 and ensemble The Party since 2013.

Organizer Bass Only 2014 and several master classes with, among others Bradetich Jeff Duncan Mc Tier, Thomas Martin and Rick Stotijn and Dominic Seldis

2018 including Bottesini and Haendel halvorsen passacaglia.